Home International Capitalist Realism: how to live for today BADLY

Essentially, Capitalist Realism (Mark Fisher) is telling us that Capitalism is everything, that it has filled any space; not just the economic space, also the cultural, the social and even the psychological one, thus putting an end to our future. But that is the point in literature: to open our eyes, not to reassure us that we will like what we see.

It’s a sunny morning in Bologna, a perfect moment to hang out with a SALT-mate, have a coffee together, take a walk and chat about the suffocating omnipresence of capitalism. That’s when I first heard about Capitalist Realism: Is There No Alternative? by British theorist Mark Fisher.

“Wouldn’t you rather talk about sports?” one could ask.

Quite a good point! But I’m afraid it’s too late for that since I’ve already introduced today’s book: Capitalist Realism with no need of thinking of a decent opening for this piece.

So, Capitalist Realism… We are dealing with a cult book in the cultural criticism area and the author’s recent suicide further increased its popularity. Being harsh, one could say Mark Fisher has been “consistent” with his thought, which anticipates the content – all but comforting – of his book. 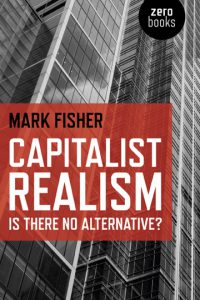 Essentially, Capitalist Realism is telling us that Capitalism is everything, that Capitalism has filled any space; not just the economic space, also the cultural, the social and even the psychological one.

A couple of examples? Let’s pick Marx’s masterpiece Das Kapital (or Capital): it is hard to find a publishing house that doesn’t sell it. Or consider Che Guevara: how much money has been made with movies on him? As you probably know, both these guys are key players in the capitalism-opposing team but it didn’t prevent them to be reduced to mass consumption products. Ideals, culture, it all turned to business, no matter if they stand for or against capitalism: there is no actual alternative to point to.

Even worse, we are far behind the incorporation of potentially opposing materials by Capitalism itself. As Fisher says, “individuals are ‘precorporated’: that is, their desires and fantasies are fabricated through a sustained, ubiquitous onslaught of advertising campaigns which makes subversion merely one more fad to be absorbed into the eternal present of the culture industry”.

Capitalism is itself and its own denial to the extent that it determines how we should oppose it. That leads to another crucial point of Fisher’s thought: the separation between consciousness and action. At large, we are conscious of immoral aspects of capitalism (i.e. a carbon emissions of a certain company), such aspects, however, are promptly softened up by cultural elements like corporate social responsibility or by the absence of an alternative economic and productive system (i.e. the same company donates to ONGs or, simply put, certain products have to be produced somehow) so we eventually make the act of purchasing.

Bottom line: feeling bad about capitalism sets the conditions for us to buy, which is precisely participating and reinforcing capitalism itself.

Going further through Fisher’s book, we discover something interesting: THERE IS NO FUTURE. Well, at least from a cultural standpoint.
Recalling Eliot or Bloom we define something as “new” when it represents a rupture in the established culture; now, if there is no chance of an actual subversion how can we produce a real new culture?

As a matter of fact, the current cultural landscape is grounded on pastiches, revivals and cross-references; in a nutshell: postmodernism. Has it come up with something new? Sadly, it hasn’t. 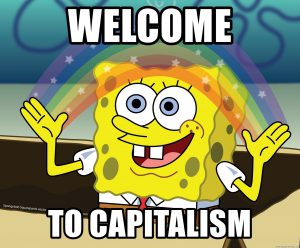 After a few pages of Capitalist Realism we acknowledge that future is over and Capitalism has fully occupied our cultural horizon. In this perspective the ongoing pandemic could seem a minor issue and yet Fisher has a lot more to tell us, on education, control mechanisms, psychic diseases and even “negative atheology” that is what makes Capitalism an actual and at the same time impersonal entity thus unable of being accountable for its side-effects.

In other words, if we consider climate change Capitalism is to blame, however there is no real subject embodying Capitalism that could be sanctioned or forced to take recovery actions. At the end of the day, climate change keeps worsening and I have to bear no responsibility as I drive my eco-unfriendly 20-years-old Vespa around Bologna.

There is a plenty of brilliant concepts I have not covered on Capitalist Realism but at this point I am sure our readers would prefer to check the book directly, especially because it is (too) short and somehow easy to read. I am not sure that goes in its favor though, because a critic vision like Fisher’s should not flow smoothly; it should stick into the reader’s mind, it should bother. After all, it is Fisher himself to tell us that “some students want Nietzsche in the same way that they want a hamburger; they fail to grasp – and the logic of the consumer system encourages this misapprehension – that the indigestibility, the difficulty is Nietzsche”.

What’s next? Can we escape from this cold world depicted by Mark Fisher? While waiting for the answers, we are left here with our ideologic misery to admire. But that is the point in literature: to open our eyes, not to reassure us that we will like what we see. 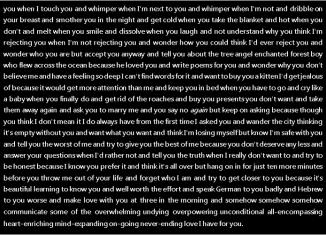