“Huge, grey and imposing, Ashdown stood on a headland, some twenty yards from the sheer face of the cliff, where it had stood for more than a hundred years.” 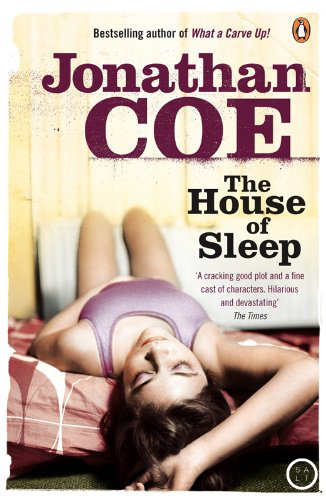 Take England in the ‘80s. Take Thatcherism, the social uprisings. Take some Smiths songs. Take odd intrigues and absurd coincidences. What you get is a typical book by Jonathan Coe. I am a huge fan of his ever since I read his first novel, Accidental woman. Still, when approaching this author you should never, for any reason, read A touch of love nor This night has opened my eyes. They are bad, very bad, God knows why. Luckily, they have nothing to do with all his other awesome novels. On the other hand, a great first approach to this English author is The house of sleep. In this book Jonathan Coe recreates a dedicated time and place for the story. The novel is set in two different periods in time. The introduction explains to the reader that the odd chapters are set in 1983-1984, while the even ones in June 1996. Moreover, every chapter is named after a phase of the sleep cycle, from stage 1 to REM. Most of the story is set in Ashdown, a castle where the fates of the characters intersect. As a matter of fact, those characters will cross their paths right here through the years, creating a great intrigue.

In 1983 Ashdown is a student dorm, where the reader first meets the characters of the novel: Gregory, a meticulous med student, Sarah, who is considered a little mental given her narcolepsy, Robert, crazy in love with Sarah, and Terry, who sleeps 14 hours a day, because he finds dreams way more interesting than his real life of a cinema student. All of their paths are intertwined with sleep. Some of them think of it as a disease, some others as a problem. Some of them used to love it and now they hate it.

In 1996 Ashdown is turned into a clinic for sleep disorders. The succession of chapters, back and forth in time, has a great deal in confusing the reader, who will be puzzled by some strange details. Coe tells the story of each of the four characters, while they get older: Gregory made it as a successful doctor, Terry writes movies reviews and suffers from insomnia…

The line connecting the dots throughout the entire book is sleep, in all of its forms: as a metaphor of numbness, as a disease forcing us to lose a third of our life asleep, as a shield against the world, but also as an exposure to the world: he who sleeps will not lie.

The novel deals with sleep disorders even from a scientific point of view. These notions are of great help for the readers in understanding some key passages in the story.

Jonathan Coe loves using woven paths in his works, as it can be seen in What a carve up!, playing the reader along. He can be considered an author of the so-called “Blair generation”, halfway between Nick Hornby and Joseph O’Connor, writing about the great expectations of the young generations.

It is hard to tell more about this book since few more details would be enough for this complicated twine of paths to collapse, killing all the suspense. The amazing thing about it is that the mystery surrounding the characters persists even through a second reading. The second time I read it, I was just as astonished as the first time.

This book is for those who are looking for a fascinating and hypnotic novel. It is not for any of those who rush to read the last line of a book the second they get it in their hands. 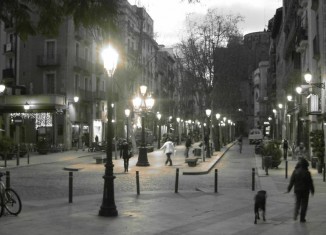